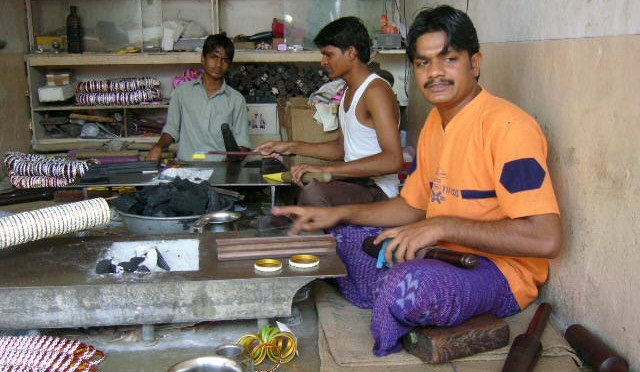 Industrial revolution is synonymous with economic growth. It was not a single event fixed in history. Industrial revolution continued to shape the attitude of societies toward life and transformed the way in which small communities survived through subsistence living on pastoral lands. Over two centuries since it began, industrial revolution embraced many technological innovations and scientific discoveries turning these into economic opportunities and creation of wealth as a measure of happiness.

Industrial Revolution has passed through three distinct phases – each phase having its own unique experience in different parts of the world. Of course, Europe and North America were the first to benefit from it. Other regions and countries followed later as Empires broke up and resulted in the rise of the nation state. It is, however, questionable whether all countries followed the phases in their sequence or skipped a few stages in their graduation process to stay in the fast lane of global trade and mass consumption. What can be said with certainty is that Globalization, with its accompanying consequences of environmental degradation and erosion of classical ethical standards, has forced countries to act together and work through industrialization for the benefit of their populations – now, as well as in the future.
Phase I
Industrial revolution began in Europe and North America in the 18th century with the invention of the rail road and the steam engine. The demand for labour meant mass movement of workers from rural areas to mining towns; the establishment of ‘factory’ to produce large scale goods; urban settlements; origin of capital enterprise and large scale cultivation to make ago-based production work for all. This phase lasted more or less two centuries. The wheel was the centre of human advancement. Although it had been invented centuries before by ancient man, the most extensive use of the wheel was made by the founders and drivers of industrial revolution in this phase.
Phase II
The next phase of industrial revolution came with the invention of electricity and the motor car in the 1900s. The 20th century resulted in many inventions encouraging people to take mechanical and chemical engineering as their most preferred professions. The costly experience of the two World Wars enabled further innovations in the military-industrial complex and resulted in the invention of the computer and later the internet, although at a limited scale. The focus of this phase was to use technology for products which required precision, standardization and artificial intelligence. Advances in electrical engineering led to office automation, robotics, trains and planes which did not require human pilots to drive them to pre-programmed destinations. Technology was, however, focused to achieve a single outcome; it could do only what it was programmed to do. Robots were invented but they appeared very dumb and stupid because they were slow and possessed the intelligence of a child.
Phase III
It can be argued that while the first phase of industrial revolution took two centuries or more to complete, the second stage took only half that time. With the advent of the Millennium, the industrial revolution entered the third phase. The hallmark of this phase was digital technology. Digitization changed the way banking and communications were done before. Plastic card, pins and chips obviated the need for large wallets and brick like hand phones. Now mobile cell phones and tablets are becoming so common that the old voluminous PC seems to be on the march to extinction. Technology is being employed to combine multiple outputs. Robots are getting smarter. Hospitals are changing the way patients were treated. Cars no longer rely on mechanical parts. The office secretary, accounts clerk, bus conductor, milkman, watch mender and cobbler are rare species. Travel agents, tailors and corner shops are next in line to go bust. Newspapers and TVs are reinventing themselves to stay in business. Micro-chip is getting smaller by the day. Pocket gadgets hold more information and artificial memory than one can carry in a tonne of bag full of paper. While the first phase of industrial revolution was labour intensive, this phase is labour aversive. Technological innovations are replacing humans. Even in the act of procreation, test tube designer babies can be produced through cloning or in-verto fertilization with the additional package of body parts that can be grown like tomatoes on the vine and replaced like the tyres of a race car every few laps on the track.
Phase IV
No one can be absolutely sure what the next phase will be in the evolution of industrial revolution. So far, it can be argued that the revolution has helped mankind immensely and has improved the quality of life many times over. Yesterday’s miners are today’s professional plumbers and call-centre operators. They may not always earn the top Dollar in wages, but their working conditions are far better than their predecessors in the ‘food chain’ of work. However, one question remains. Has the quotient of happiness for man increased or decreased? Are there less or more conflicts, disasters and food shortages in the world than there were before the invention of GM and discovery of methicillin resistant staphylococcus aureus (MRSA) super bug? Is humanity better off today as a whole or have we remained divided between the haves and the haves not. I believe the glass is half full. We just need to make sure it keeps on filling as we go along in the march to conquer the universe.
Syed Sharfuddin
London
7 May 2014