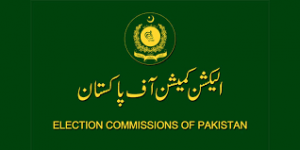 On 14 October 2018 over 5 million voters will be going to the polls again to elect public representatives for the vacant 35 seats in the federal National Assembly and Provincial Assemblies of Pakistan. According to Pakistan Election Commission, over 300 candidates are contesting in the forthcoming bye-elections. Only last July, these seats were contested in the 2018 Pakistan General Election and voters freely exercised their right to vote. However, this exercise went waste because the candidates who won, had also won in other constituencies and decided to opt out of these constituencies resulting in fresh vacant seats.
The revised 2017 Electoral Law and 2017 Election Rules which allow citizens to contest elections from multiple constituencies need to be reviewed by the Parliament and the Election Commission of Pakistan in the light of good international practice. In a developing country like Pakistan, this second exercise is a waste of scare economic resources and a blatant abuse of democracy. Multiple candidacies mean depriving other candidates of their fair chance to get elected in the primary ballot in the first place at the time of the General Election. We all know that the incumbency factor plays a major role in the by-elections which are not held under a neutral caretaker administration which is mandated by the constitution for the conduct of a General Election.
The argument in favour of multiple-constituency candidacies is undestandable in the context proportionality. It is meant to protect the right of individual candidates to contest elections within the stipulated timeframe of the Election Commission’s published schedule of elections. If any candidate gets disqualified by an RO in a district for some reason which is disputed before an electoral tribunal, or if elections are postponed in a constituency for some reason where s/he is a candidate, s/he can still contest from another constituency where s/he is a double candidate. But at the last General Election in July 2018 there were popular politicians contesting from not just two but as many as four constituencies in order to “protect” their chances of becoming MNA or MPA. This is the height of enthusiasm you might say. At the end of the day, it was this devouring ‘yahan bhi woh, wahan bhi woh’ tendency which resulted in 35 fresh vacancies for the 14 October by-elections, enough to cause an upset in a delicately balanced Parliament if the ruling party and/or its allied parties do not win most seats.
The arrest of the opposition leader in the current circumstances immediately before the by-elections lends weight to the outcry of the opposition parties that for the second time round, they are being victimised on the eve of an important poll.
It is a matter not just for the Parliament to reflect but also for the ECP which brings good international practice in the management of elections. The custodians of democracy individually and institutionally must try to improve the electoral system irrespective of their personal preferences for systems, parties and candidates.
Any comments on the reform of multiple constituency nominations system are welcome.