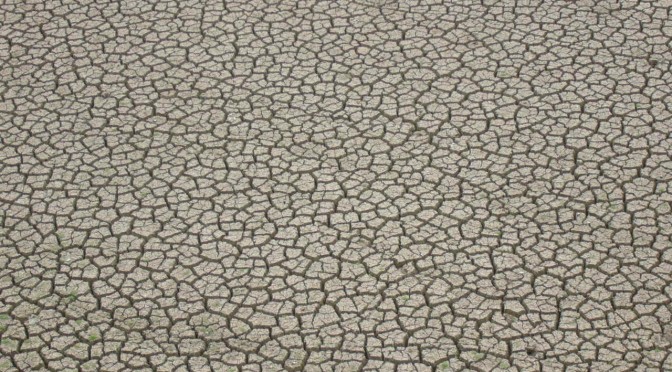 The idea of holding free and fair elections under a neutral caretaker government sounds attractive for two reasons: a level playing field for all contestants and an administration which is entirely neutral safeguarding the integrity of the ballot. Both these assumptions, even though well-intentioned, have adverse implications for the future of democracy.

Appointment of a caretaker administration implies that the incumbent government does not enjoy the confidence of political parties for facilitating a free and fair election and should resign before the poll. In developed democracies, there is no concept of swearing in a caretaker government to conduct the immediately following general election. The outgoing government remains in office until such time elections have been held and a new parliament is formed, although such governments do not take policy decisions nor act in a manner that may impact on the function of the new administration.The 1973 Constitution of Pakistan envisaged a similar setup for the conduct of general elections. However, the death of General Zia in 1988 and subsequent dismissals of governments in the 1990s under Article 58-2(b) necessitated the formation of caretaker governments to oversee fresh elections. Regrettably, the elections conducted by those caretaker administrations did not result in setting any high standards which should justify the continuation of this practice. No election in Pakistan has been without controversy.

The caretaker clause in Article 224 of the Constitution, which was introduced by the military government under the LFO of 2002, allows the president and the governors in the provinces to appoint caretaker governments and cabinets without any defined parameters. The only restriction imposed is on the caretaker prime minister and the chief ministers who are not eligible to contest the immediately following election of such assemblies.

Caretaker governments are usually a feature of new democracies or countries coming out of the shadows of a civil war. Pakistan does not fall in either category. Pakistan’s democratic institutions are fairly developed and its political parties and civil society have a degree of sophistication which is comparable to that of advanced democracies.

Another difficulty with caretaker cabinets is that these are not responsible to anyone except the president or the governors in the provinces. If the president becomes controversial in an election, the credibility of the entire caretaker government is at stake.

Like other issues in democracy, elections are a process of acquiring maturity over time. If anything requires strengthening it is the power of the election commission to conduct a fair election and prevent abuse of power or authority by those not authorised to exercise it under law. It should be ensured that the army, police and the bureaucracy are placed at the disposal of the election commission.

Those cabinet ministers who intend to actively support their party candidates or those who themselves wish to contest the election should not be allowed to misuse government vehicles, property, staff and funds for the campaign. The challenge of democracy lies in accepting responsibility and following the rules; not by keeping the practitioners of democracy insulated from the reality of politics.Whatever the outcome of the popular vote, it should be respected in the true spirit of democracy and the Constitution. Even a hung parliament deserves the right to be given a chance to cobble together fragile coalitions. Democracy comes stronger with such experiences. Artificial solutions based on expediency actually harm democracy in the long run.

If a national consensus is not developed to show zero tolerance for electoral fraud and polling irregularities, and a culture of honesty and integrity is not promoted actively, a caretaker cabinet or government, howsoever neutral and honest, can do very little to reverse the systematic rigging of elections. Bangladesh offers living proof of the limitations which undermine public confidence in the caretaker government’s ability to conduct a transparent and credible election.

What is more important is a level playing field for all political parties, a state broadcaster which allocates equal time and coverage to all contestants, a community of media which sets its own codes of conduct for the coverage of election, a civil service which is completely apolitical and an election commission which is financially and administratively autonomous and enjoys the confidence of political parties and civil society.

What is also important is an electorate which is free from violence and intimidation to express its will on the day of the poll, without ghost voters lurking in the electoral rolls or stuffed ballot papers found in the boxes irrespective of whether these are transparent or opaque.

A caretaker government can never be a replacement for these important features of a free and transparent election, even if that cabinet is truly committed to its goals.

The tradition of appointing a chief election commissioner from the judiciary also needs to be reviewed. In India, the post of the chief election commissioner is regarded as an administrative position because elections require constant administrative supervision and management. The judiciary performs a highly specialised function. It interprets laws enacted by the parliament and also decides on issues of law when disputes are brought before it for a ruling.

The argument that a senior judge has the ability to interpret electoral laws better than a civil servant does not hold much ground because 90 per cent of the work of the chief election commissioner is about the management and administration of elections, and only 10 per cent is concerned with the framing of electoral laws and their interpretation. Besides, a chief election commissioner can always appoint a senior lawyer as a member of the commission, or request a court to interpret a law if there is doubt on its application in the context of elections.

The 1973 Constitution, as amended by the LFO, provides for a caretaker government to supervise the next election. It is a foregone conclusion that after the assemblies are dissolved on completion of their term in November, the present government would leave office and a new caretaker administration would be formed.

In ideal circumstances, this should not be the case. Article 224 deserves to be rewritten to recapture the spirit of the 1973 Constitution. This would be yet another step towards restoring full democracy in Pakistan.