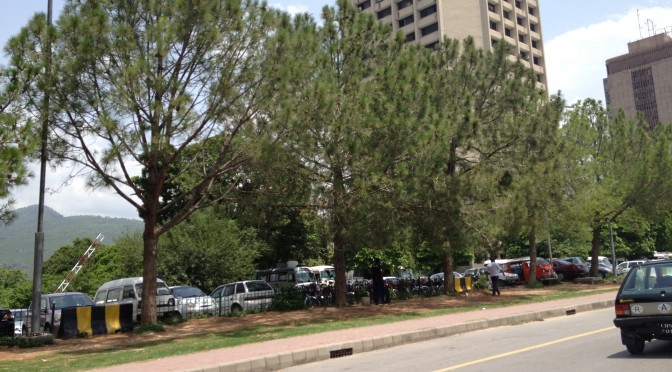 Military regimes are quintessentially patriotic and unforgiving on the question of national ideology. While they mean well for their country, their understanding of the complex political issues is always limited and their record of performance often falls short of declarations.

Military regimes see democracy as a means of managing political turbulence, and not as an organic institution addressing the needs of a sustainable pluralistic society. They associate themselves with the stability and strength of the state in the fashion of l’état c’est moi. Any criticism of the military regime is seen not as an audit of the government but as an attack on the state itself.

Under military rule, the state is both too strong and too weak. A military regime continuously tries to make the state stronger. The regime also has an insatiable appetite to control and improve governance. It tries to collect more taxes, clamps hard on dissent and uses force to resolve intricate political issues. States under military regimes are inherently weak because they lack a genuine functioning democracy.

The history of military rule in Pakistan is, however, not as gloomy as often painted. In its 60 years of independence, four of Pakistan’s presidents came while serving in the army. Compared to this period, Nigeria has had more coups than Pakistan and none of its military rulers did as much for the country’s economic development as the generals in Pakistan. In Argentina during 1930 to 1983 (a total of 53 years) 14 military presidents governed the country. It is not unrealistic, therefore, to expect that Pakistan will eventually move to a civilian democratic rule without military interference.

The question arises about how to find an exit strategy for a military regime, irrespective of whether it is directly involved in politics or is using proxy parties to leave political power to a successor regime which is genuinely democratic.

The first is the scenario of a military regime going to war with another country and facing defeat, including foreign occupation. This happened in Japan after the Second World War; in Pakistan after the emergence of Bangladesh; in Greece in 1974 when to safeguard the institutional unity and prestige of the army, a faction of the senior military officers overthrew the losing junta and handed over power to a civilian caretaker government; and in Argentina where a similar defeat at the hands of the British in the Falklands war led to elections and a change of guard in 1983.

The second is the scenario of a military regime being so corrupt that even the country’s armed forces feel embarrassed about it and withdraw from power when an opportunity presents itself for change. This is precisely what happened in Nigeria when after the sudden death of General Sani Abacha in 1998, his successor, General Abdul Salami Abubakar, organised free and transparent elections in Nigeria within one year of his presidency and transferred power to an elected president.

The problem with this scenario is that not all military regimes are corrupt. In fact some are cleaner and far more responsible than the democratic administrations they replaced. General Mobutu’s notorious and incompetent reign brought as much tragedy to the former Zaire as has President Mugabe’s misrule to Zimbabwe. Ironically, Mugabe has won successive elections in his country and is not a commissioned military officer, even though he fought the war of Zimbabwe’s independence in the trenches as a comrade.

The general dissatisfaction of people against inefficiency and bad governance by an elected government in Fiji led to a military takeover in 2006 which could well have been avoided if the warning signs were read and addressed in time by the civilian government. It was also the same story that led to the 1999 coup in Pakistan.

Another scenario in the exit strategy is free and transparent elections in which the military agrees to give up power if the parties that support the regime lose the election. In doing so, the outgoing military regimes ensure that legal formalities are completed before their departure to deprive the successor democratic governments of a chance to question the laws and ordinances promulgated during military rule. This scenario applied to Uganda and Chile in the 1980s, and to Pakistan in 2003 when parliament incorporated a major portion of the Legal Framework Order in the 1973 Constitution under the Seventeenth Amendment.Sometimes a military regime may hold elections but in the aftermath of the results not being to its liking, bar the winning party from taking power. This was witnessed in the Burmese elections in 1990. In 1992, the Algerian military invalidated the first democratic elections because the party that won the majority was not ‘kosher’ by the army’s standards.

This volte-face results in weak democracies where the army is not reconciled fully to an entrenched democratic process.

There are examples of countries which had a weak tradition of democracy, such as South Korea and Taiwan, going to elections with military-backed parties and retaining power through free elections.

Another scenario that is not entirely democratic but allows the military to leave politics in return for a limited institutional role in the governance structure is made possible through a constitutional arrangement assuring the military a number of seats in the legislature.

The Ugandan constitution, for instance, allows the army to send a fixed number of officers to parliament under a reserved quota for the armed forces.

Pakistan has also sought to give the military an institutional role in politics through the introduction of the National Security Council which includes on its membership the chiefs of the three armed forces as well as the chairman of Joint Chiefs of Staff committee. Although the NSC is a forum for consultation, it is regarded by the opposition political parties as an unnecessary extension of the parliamentary process.

In countries coming out from the shadow of military rule, the transition to democracy takes place in two phases. In the first phase, multi-party elections result in the formation of civilian governments. These governments either retain an allegiance to their military predecessors or exhibit signs of authoritarianism which they experienced in their political struggle under the military regime.

Sometimes in the first phase of democracy a handful of powerful people exercise control over the political process and economic decision-making in the form of an oligarchy.

These separations are also sometimes referred to as functional competencies. Under this arrangement, national parliaments delegate more powers to expert administrative bodies in the areas of their competence, but with due public oversight and a strict accountability regime. The acquiescence by parliament gives these bodies sufficient democratic legitimacy to function independently.

Applying this principle to new democracies, especially those in the first stage of transition, one can build a model of democracy where parliament can entrust the armed forces with certain nation-building tasks where they have a comparative advantage over the civilian sector; i.e. building new cities, developing communications infrastructure, supporting the industrial base with R&D and filling the gaps in the security, supply and knowledge sectors in society. The military establishment can thus become an invaluable tool of development while remaining subservient to the institutions of democracy.

This article was published by the author in the daily Dawn of 12 June 2007. www.dawn.com