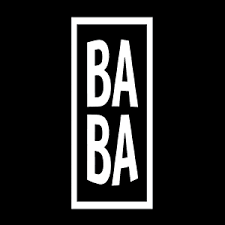 Ever since the Hon Chief Justice of Pakistan Justice Sahib Nasir mentioned the unidentified Baba in his 16 December 2017 address at a seminar in Lahore, the Baba has become a persona incarnate and the talk of the town in Pakistan’s ongoing political discourse. In his address, the Chief Justice said: “The judiciary is your Baba … do not doubt its integrity…”If a decision is issued against you, don’t abuse (the judiciary) by saying the Baba has become a part of a design or a grand plan…The Baba has not and will not become a part (of a plan).”

Pakistani social media activists subsequently identified this Baba as Baba Rehmata without bothering to explain who is he and where did they get this name from. Of course, the reference to Baba came by the Chief Justice himself but it was by way of an analogy and carried no name. However, the very fact that he used this word indicates he had someone in mind who commands respect and awe in the society and deserves to be listened to without any doubt or controversy.

I have trawled the internet and have not found the answer to who is Baba Rehmata. Is Baba Rehmata the Chief Justice himself? Is he the whole of judiciary as an institution? Is he only the higher judiciary but not the entire institution? Is he the ‘rule of law’ to which everyone bows? Is he the illusive Baba the late intellectual Ashfaq Ahmad Khan tried to find in his book Baba Saheba? Is he the forgotten Barrister Choudhary Rehmat Ali who was the first person to propose the name of Pakistan in a letter written in January 1933? Or, is he the Rehma of Allah Taala which everyone is in need of to attain peace and unity amongst our ranks?

Am I thinking too deep for a nation which is not given to stoicism and basically when it says Baba it either means a father figure or a homeless recluse at the corner of the street whom everyone thinks is a true Sufi? Or still to make the imagination work hard, is he one of the famous Babas whose wise couplets in Saraiki and Punjabi still capture our attention and teach us a word or two about morality and godliness in this materialistic business minded quid pro world? Let us join the search for Baba Rehmata. Even the honourable judges who re-summoned the loud-mouthed Nihal Hashmi on contempt of court charges yesterday asked him the question: Who is Baba Rehmata?

This might appear as an entertaining piece of writing but actually what the Chief Justice has said points to a much deeper problem in our polity. And it is truly sad that instead of taking his comments seriously people have made fun of it and even assigned an arbitrary name to the Baba. What it points to is the lack of respect for authority in the country. Or to make it even more precise the lack of a central authority whose word is final for all. In monarchies this authority rests with the king who is the head of state. In democracies this authority is divided between the three branches of government, namely the executive, the legislature and the judiciary all of which derive their authority from a written constitution or a repository of statutes which form the historical legal record of that country. In theocracy the central authority rests with the head of the Church; and in a dictatorship it rests with the chief of the military, working as the collective voice of the ruling junta. In Pakistan the debate is still going on as to where this unchallenged and uncontroversial authority rests; it is with the parliament, the judiciary, the military, the people or with something which the people of Pakistan can agree to install and move on. 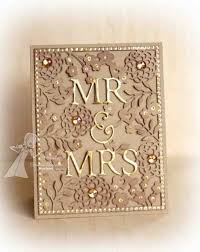