–  avoids paralysis between executive and legislature (cf. US now)

2.  The best systems of parliamentary government, in my experience, start with electoral rules designed to produce strong and stable governments, but supplement this with necessary checks and balances on how they exercise that power.

3.  It is an illusion to think there is some perfect or ideal electoral system which can simultaneously ensure that the composition of the parliament perfectly reflects voter choices (which proportional representation [PR] systems are designed to do) and that a government can be formed with a stable and workable majority (which majority/plurality systems are designed to do): hard choices always have to be made.

4. The requirement of strength and stability can most easily be met if the electoral system is designed to produce a small number of strong parties in the chamber which elects the government.  Ideally this will be achieved by systems which tend to produce just two major parties alternating in power (ideally of the centre-left and centre-right respectively, giving voters policy and not just personality choices). Strong coalition governments, usually of no more than two parties, are also achievable where the coalition partners bring complementary interests to the government (eg the rural based National Party in Australia which has for decades been in coalition with the Liberal Party, or in Germany the Free Democrats usually in coalition with the Christian Democrats, or the Greens with the Social Democrats).

– What is to be avoided in constitutional design are systems almost guaranteed to produce weak coalition governments of three or more parties. Mixed systems like Germany’s MMP can be designed which are basically proportional, but (by excluding parties with low voter support) enable reasonably strong and stable coalition governments to be relatively easily formed: they are much better than pure PR systems like Israel or Belgium, which make the formation of strong and stable governments a nightmare.

5. The most appropriate such checking and balancing mechanisms in my experience are (a) regular fairly conducted elections at which a bad or unpopular government can be removed; (b) an upper house which places some limits on the government’s freedom of action; (c) a court system able to check outright criminal misuse of power, and to strike down unconstitutional legislation or executive actions; and (d) other independent watchdogs designed to keep the government, parliament and public service honest and disciplined.

6.  Check (a): Regular elections. These should be conducted at no more than 4-yearly intervals, and be conducted with impeccable fairness by an independent electoral commission in which all sides of politics, and all major groups and regions in the country, have complete confidence.

7. Elections should be the only mechanism for removing a bad or poorly performing government: Australia had experience in 1975 of a constitutional coup (in which the Queen’s representative, using formal powers under the Constitution which had long been thought unusable, dismissed an elected government) and the scars lingered for many years. Impeachment processes to secure the removal of political leaders should only be considered in the most extreme cases, where manifest illegality is involved as determined by properly functioning independent courts.

8. The solution to removing a poorly performing populist government is for opposing politicians to provide a better alternative at the next election:  clean, competent, sensitive to wider national interests and the concerns of all major groups and regions in the country, and seeking common ground. As New York Governor Al Smith famously put it in the 1920s, “The only cure for the ills of democracy is more democracy”.

9. Check (b): Upper house. The best upper houses have clear but limited powers, and bring a wider range of voices to bear on government processes than may be reflected in the composition of the executive government of the day.  Ideally they are elected on a proportional representation basis (though with some limits, like a 5% threshold vote requirement) or, if they have an appointed component, do so on the basis of some mechanism which ensures that only persons of genuine experience and stature are chosen.  Upper houses should have no power to block budgetary or other legislation crucial to the survival of the government of the day (a problem with the Australian Senate, which is much too powerful in this respect). And in my view ideally they should be limited (like the House of Lords in the UK) to scrutinising and delaying government legislation, not ultimately defeating it. Upper house committees can and should play an important role in holding governments to account through public hearings and reports, and contributing to the policy debate.

10. Check (c): Courts.  Respect for the rule of law demands the existence of courts and judges universally accepted as independent and beyond reproach. If these conditions are satisfied, political leaders in or out of office should not be immune in any way from criminal prosecution for corruption or other breaches of the criminal law.  But political leaders should never be prosecuted for policy mistakes or errors of judgment: the sanctions for poor government must be political not legal. The role of constitutional courts should be limited to adjudicating on whether legislation or executive action is in breach of specific provisions of the constitution; and those specific provisions should, in turn, be very clearly and  narrowly defined.

11. Check (d): Independent Watchdogs.  The best systems of democratic governance also usually have built into them a variety of additional scrutiny, accountability and reporting mechanisms designed to keep the government, parliament and public service honest and disciplined, e.g. anti-corruption agencies, human rights commissions, and Ombudsman processes.  If these are to be of any use, however, they must be, and be seen to be by everyone, as scrupulously independent and non-partisan

12. Free Speech. Effective democratic governance depends absolutely on the traditional rights of free speech and political association being totally respected, in both law and practice. It is one thing to ban speech or writing which manifestly incites to violence, but quite another to ban speech which merely insults, offends or humiliates: participants in the political process should have thick skins, and governments should earn respect, not try to compel it.  Use of defamation law as a political weapon to silence opponents, as has regularly been the case in Singapore, is at odds with fundamental democratic principles.

13. Devolution of power. The proper distribution of power between central government, and local or regional authorities, is always extremely difficult to get right. Federal systems like Australia, Canada and the US can be an important way of meeting regional needs and aspirations, particularly in the delivery of health, education and welfare services, and in areas like land management and urban planning, but it is important not to concede too much ground. Complex modern societies, strongly internationally interdependent, need much standard setting at the national level, and all the key instruments for effective economic and fiscal management must be available to the national government.

14. At the end of the day even the most elaborately and carefully designed constitutional arrangements cannot guarantee stable and effective democratic governance. That depends ultimately on the prevailing political culture, and the mindsets of those exercising the levers of power.  And even the best constitutional arrangements cannot guarantee competent government: that depends on a whole set of different factors, to which I now turn.
Competent Government

It is true that we didn’t have in the mid-‘80s some of the technology-driven, 24/7 media pressures that present governments are under, or quite so difficult a set of minority parties to have to negotiate with in the upper house.  In all sorts of ways it is now tougher than it has ever been for governments to deliver good policy outcomes. But I’m not persuaded that the problem is wholly a systemic one: it ultimately comes down to intelligent, competent political leadership.

The bottom line, again, is that governments cannot compel the respect of the people: they have to earn it. 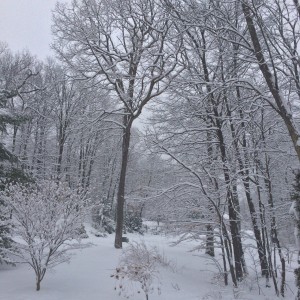 1.1 Do you follow parliamentary meetings
1.2 Do you follow cabinet meetings
1.3 Do you get involved in public consultations
1.4 Do you have awareness of any recent initiatives or policies of government for economic and social development
1.5 Do you take part in non-governmental organization (NGO) activity

Section 2 – Familiarity with Government Representatives
2.1 Name the President
2 .2 Name the Prime Minister
2.3 Name the leader of a political party
2.4 Name at least one governor or chief minister of a province.
2.5 Name at least one Member of Parliament representing a constituency other than your own.

Section 5 – Influence on Government
5.1 Can you influence government policy through legally provided participatory processes.
5.2 Are you free to disagree with government policy without fear of reprisal?
5.3 Can you freely assess government performance without political pressure?
5.4 Do you enjoy freedom of religion, gender, association and expression?
5.5 Do you have any restriction on your movement, property or finances?

Score Key: Each of the above five sections has 5 self-assessment questions. Each affirmative question scores 4 marks. If your answer draws a blank award yourself a zero. Total score over 50 marks means you are politically aware and making your vote go far to keep an eye on the government you have elected to power. However, a zero score to all questions in any section impacts negatively on the overall result and requires subtracting 20 marks from the grand total. Good luck with the test.